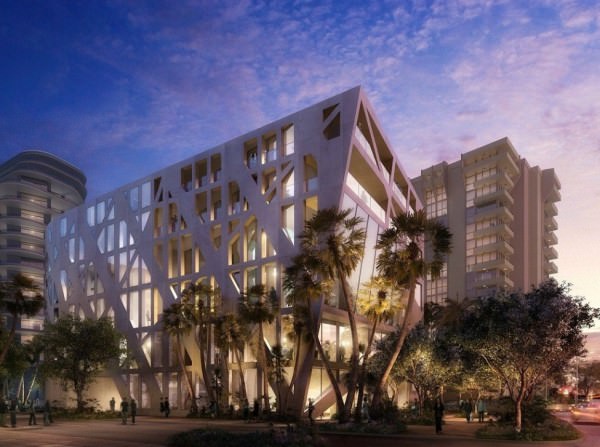 Alan Faena, The Developer Behind The $550M Revival Of Miami’s Saxony Hotel to called Faena House.

The man behind one of Miami’s most ambitious real estate and architectural projects, the revival of the Saxony Hotel, finally opened up about the project. Alan Faena, the developer which counts with the support of billionaire Len Blavatnik, is set to revolutionize the Miami beachfront with the Faena Saxony, featuring the work of all-star architects Norman Foster and Rem Koolhaus.

The project has been surrounded by a shroud of mystery since day one, a mystery that characterizes Faena himself. “I’m working on one of the best projects in all of the Americas,” Faena told Forbes, “we are creating a whole district,” he added.

The $550 million project resembles what Faena did in the Buenos Aires neighborhood of Puerto Madero, where he took a set of rundown buildings and created a thriving neighborhood that counts with some of the city’s most expensive and luxurious hotels and apartments. “We don’t just develop this, we also deliver product, service, we operate, and so we give this project soul,” explained Faena.

Official details regarding the whole project have been hard to come by, but plans and renderings have been leaked. Faena House will be a 19-story, 62,000 square feet residential tower designed by starchitect Norman Foster according to the Miami Herald’s Real Deal and Hotel Chatter. “Super-celebrity-architect of mystery” Rem Koolhaas will join the project building a structure that will contain a hotel and a ballroom, retail space and a robotic garage, according to Curbed. There will also be a 300-person theater, an “intimate cabaret” and a possible re-design of the beach boardwalk at the site of the former Saxony Hotel, which at one point was slated to become a Cipriani project.

“We are creating a neighborhood here, a five block district that will include the best residential building, […] a theatre, a cultural center, and a parking garage,” Faena confirmed. What differentiates Faena’s from other mega-projects going up in Miami is that this is “the first time something so spectacular comes from the South.” Miami, he said “is our door to the North,” to which he wants to bring “a concept that has never been offered here.” Faena, as Curbed put it, “as grand conductor of his architectural orchestra, will then have built a campus of architectural fantasias.”

The Argentine developer indeed has a thing for pomp and splendor. In Buenos Aires, he developed a whole district which includes one of the city’s most eccentric and highest rated hotels with everything with a pool bar featuring a giant crown fountain and a fully white restaurant with unicorn heads lining the walls. Faena has also built several residences and an impressive cultural center. Most of his projects carry his name.

Faena’s project also fits in the bigger story of a comeback in real estate across certain states, in many cases backed by foreigners. As my colleague Morgan Brenan reported, foreigners accounted for $82.5 billion, or 8.9% of total U.S. residential real estate spend from April 2011 to March 2012. And that is up 24% from a year ago, with five states taking the majority of that investment: Florida, California, Texas, Arizona, and New York.

Home prices, according to the Case-Shiller indexes, are still about 30% below their pre-crisis levels across the country. At the same time, hot-money flows into emerging markets have inflated real estate bubbles across many major global cities. While many Chinese and Russian buyers have been looking into New York, Miami is home to the Latin Americans, with Argentines, Brazilians, and Venezuelans leading the way.

While the recovery in housing can be seen in the incredible stock prices of major homebuilders like KB Home, Lennar, and Toll Brothers, the luxury sector is also booming. And Faena is looking to take advantage of this momentum. “Our project is international, it’s open to all, we are trying to bring a new concept, a culture [to Miami],” he says.

And he may be about to make it. While he didn’t disclose anything on sales, he did hint that they are going for the top of the market. That shouldn’t surprise anyone. Given what he’s done in the past, and the caliber of the people he’s brought on board, no one should expect anything less.