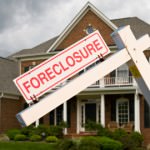 Fiscal cliff fears are here. With nearly $500 billion in simultaneous tax hikes and spending cuts set to take effect in January, economists have been forewarning the devastating consequences the so-called “fiscal cliff” could cause if Congress fails to come to a budget agreement before the end of the year. The latest report hails from the Congressional Budget Office (CBO), warning that inaction could plunge the U.S. into a “significant” recession in the first half of 2013.

Economists have focused primarily on the impact to overall gross domestic product (GDP), the financial markets, and businesses’ bottom lines. But what about housing? The fragile sector is just starting to experience a nascent recovery, providing what countless economists have called a “bright spot” in an otherwise weak economy. How could a looming cliff affect the sector that triggered the Great Recession in the first place?

“Most consumers aren’t paying attention to the fiscal cliff. If the [local] housing affordability condition is good and they can get a mortgage, they are in the market,” says Lawrence Yun, chief economist of the National Association of Realtors (NAR). “However if the cliff was to be realized come January 1st and we do go into a recession, job losses could hamper the housing recovery.”

And housing has arguably begun to recover (albeit unevenly, with some markets still suffering losses). On Wednesday, July pending home sales were at their highest level in more than two years, according to NAR, and inventory continues to contract. The association projects home prices will increase 10% cumulatively over the next two years. Tuesday’s S&P Case-Shiller home price index for June showed similarly hopeful signs: the 20-city composite index showed prices up 1.2% in the first year-over-year gain since September 2010. And Fannie Mae economists estimate that residential investment in 2012 will positively contribute to GDP for the first time since 2005.

Yet the CBO projects a fiscal cliff could cost the U.S. two million jobs next year and cause the unemployment rate to stay stubbornly stuck above 8% through 2014. Fewer jobs could translate into less demand for new homes, possibly even a new wave of foreclosure filings as newly unemployed workers struggle to make mortgage payments.

While Yun asserts that buyers of U.S. homes currently pay little attention to what’s coming (perhaps thanks in part to a trove of foreign buyers?), if Congress continues to stall on a deal, that mentality could shift in the final months of the year. If 2010’s Bush Tax cut debate was any indicator, mounting economic and financial uncertainty could cause Americans — particularly Americans with higher levels of discretionary income — to pull back on consumer spending, holding off on major purchases like homes. At least until a resolution is realized.

“While there are underlying forces pushing growth in housing, it’s not going to be robust until the public gets comfortable with the idea there is going to be a growing employment and income environment,” Doug Duncan, chief economist at Fannie Mae, told the Wall Street Journal recently.

“The stability of people’s jobs does impact their confidence to spend moving forward,” adds Mark Cole, executive vice president of CredAbility, an Atlanta, Ga.-based nonprofit that offers credit and housing counseling services. CredAbility’s Consumer Distress Index indicates that housing led households out of financial distress in the second quarter for the first time since 2008. Yet Cole says average American families have been cautious about taking on new debt (if they can even qualify), choosing rentals over home purchases, according to the organization’s data.

Indeed the one area of housing that could gain from mounting economic uncertainty is the already-booming rental market. “Renting is the cautious alternative and I think that trend will be exaggerated a little bit more if there is a fiscal cliff — or even if we come close to one,” says Barry Hersh, a professor at New York University’s Schack Institute of Real Estate. Rents are already expected to increase an average of 4% nationally this year and 4% in 2013, according to NAR.

New home building will be hit hard if a recession is realized, too. “It will reverse the small gains we have made in home building thus far,” says David Crowe, chief economist of the National Association of Home Builders (NAHB). Small to mid-sized home builders have struggled to access credit, which is predominantly underwritten by the banks, and a recession could put a damper on what little lending is out there. New home starts remain about 50% down from the rate required in a healthy housing market. The lack of new supply is already causing an inventory crunch in some areas; a reversal could lead to larger inventory shortages in the coming years.

Despite the speculative doom and gloom, economists believe a fiscal cliff-spurred recession would not spark the kind of home price-hemorrhaging witnessed when the housing bubble burst five years ago. “Markets have already corrected from the bubble, and in some places, over-corrected,” asserts Yun. “Even if there is a fiscal cliff, I suspect Congress will rectify that situation within a few months so it will be a very short term negative before the problem gets resolved.” Here’s hoping the realtor’s right.