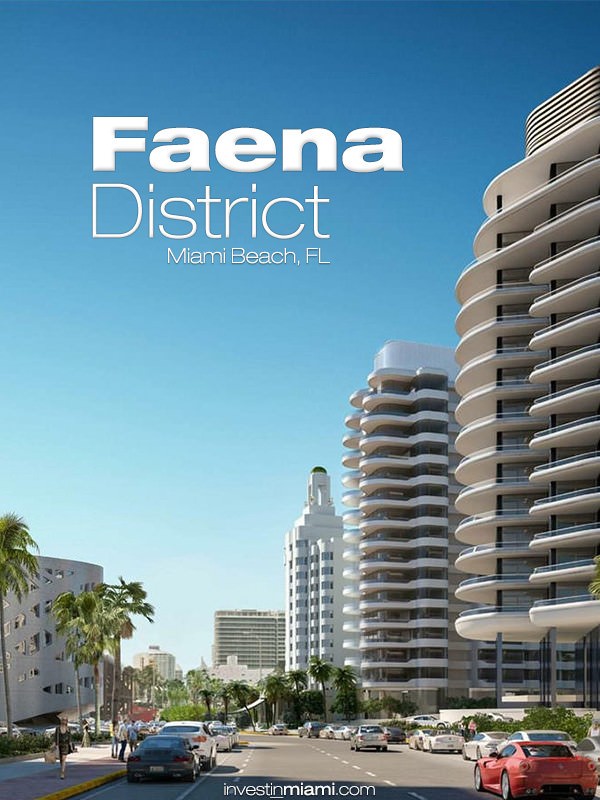 Faena District Miami Beach is an idea from the Argentinean hotelier and entrepreneur Alan Faena. Alan created a district comprised of a total of 8 buildings in Miami Beach and 32nd street. It all started with the purchase of the 1940s Saxony Hotel in South Beach 2 years ago, has grown into the redevelopment of six entire blocks. When it opens later this year the Faena District will consist of apartments, shops, restaurants, art, opera and theatre.

Located in Miami Beach, the Faena Forum enjoys a unique site that stretches between Indian Creek and the Atlantic beachfront. OMA has designed three buildings for the three block site along Collins Avenue – an arts center, retail bazaar and car park. These distinct functions are linked by a sequence of public domains including a plaza, courtyard and marina dock. 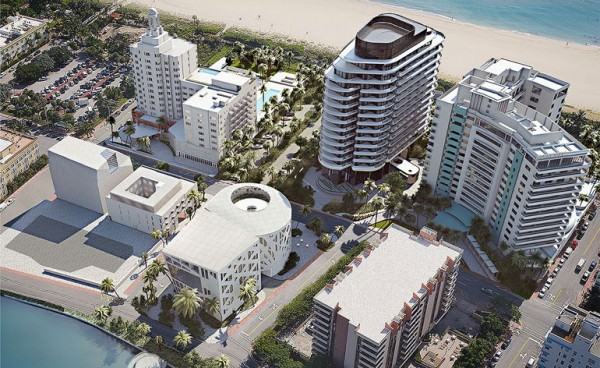 Faena has a track record of turning his utopian visions into reality. Over the past decade he has transformed the rundown area of Puerto Madero in Buenos Aires into a thriving oasis of luxury hotels, apartments and culture. He plans to make the same impact on Miami Beach, but on a larger scale. 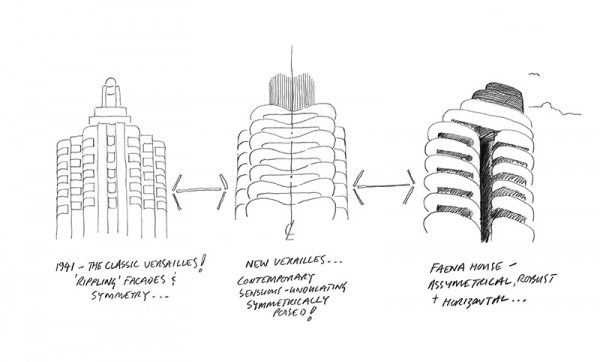 The Gatsby-esque developer, who tends toward an all-white wardrobe and trademark fedora, approached director Baz Luhrmann and his wife, set-and-costume-designer Catherine Martin to collaborate on the Saxony. 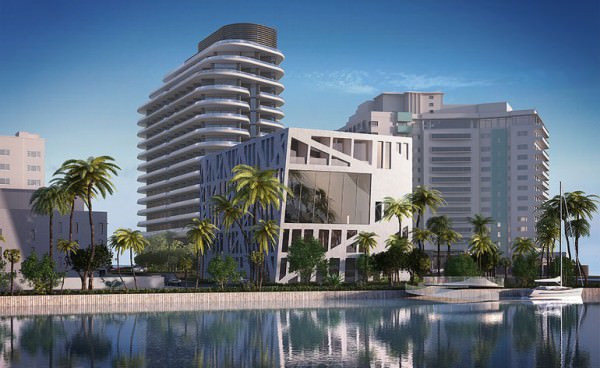 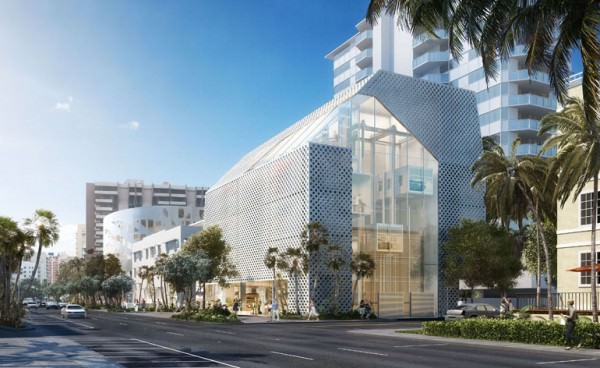 The 43,000-square-foot building, which was inspired by Frank Lloyd Wright’s Guggenheim Museum, will be the cultural centerpiece of real estate developer Alan Faena’s sprawling new district in Miami Beach. Expect to see innovative performances in music and dance, as well as multidisciplinary installations and exhibits. 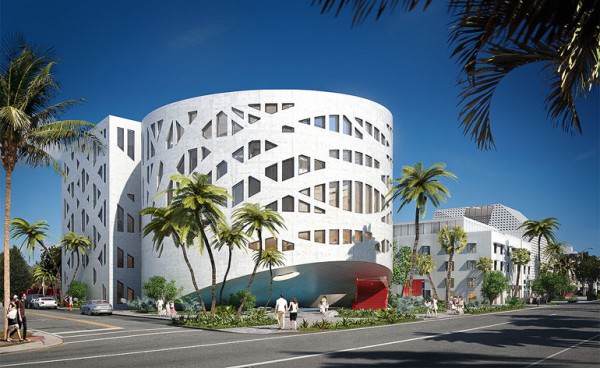 And a program of exhibitions and artist residencies is currently being devised for the Arts Centre, being built by OMA. It will connect with its sister organization in Buenos Aires, where Ernesto Neto, AES+F and Los Carpinteros have exhibited in the past. Thomas Heatherwick will redesign the Versailles Hotel, which Faena purchased in August last year. 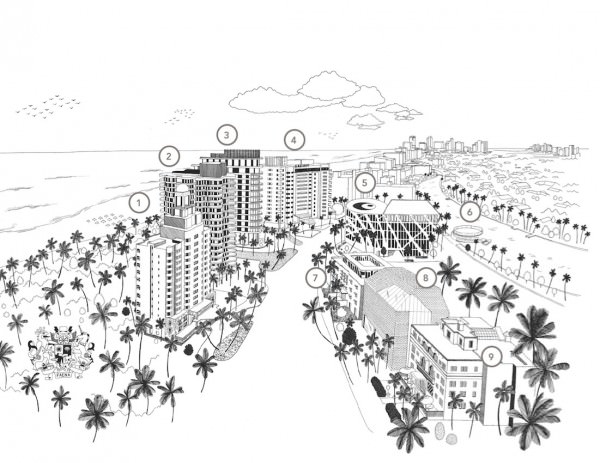 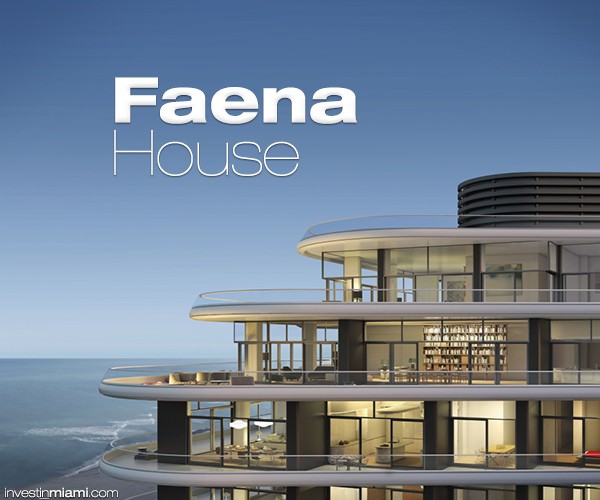 Click here or above to preview the Faena House webpage.