After months of negotiations, Moishe Mana’s vision for Wynwood has been realized. On September 8, his gigantic redevelopment project in the once warehouse district, now burgeoning arts district, has been officially approved by the Miami City Commission. The project will create somewhat of a mini city with culture at its core and will be like nothing Miami has ever seen. As Designer Bernard Zyscovich remarked, “This is a truly transformational project. We wanted to provide something that doesn’t exist in that neighborhood or that exists in any part of the city.”

The project will cover 9.72 million square feet on almost 24 acres of land, to become one of the biggest development projects in South Florida. The plan consists of up to 3,482 residences, and a mixture of retail, office, art galleries, museums, exhibition space, civic space, a conference center, and a privately owned park called “Mana Commons”.

Despite doubt from Mana Wynwood’s neighbors about the project inundating the once warehouse district with high rises, the local Business Improvement District’s board backed the plan. The board endorsed the plan to improve its walkability and improve housing development, both key factors in transforming Wynwood into a real neighborhood.

Just south of Mana Wynwood, lies the Overtown neighborhood. Education programs for fashion and arts, a new public transit stop, and roadway improvements are all in the works according to developer Moishe Mana.

In a statement last Thursday, Developer Moishe Mana shared his vision for the groundbreaking project, “Today’s unanimous vote by the City of Miami to approve the entire Mana Wynwood Special Area Plan was an important first step in realizing our shared vision to increase business diversity in South Florida by making Wynwood and the surrounding area a global center for the arts and trade, and we want to thank everyone involved.

We now turn our focus to the most difficult part – the execution of our dream for Miami and all of South Florida, including the exciting work of building the cultural infrastructure needed to secure partners in art, fashion, technology and an international center to grow Miami into one of the great global cities.”

A once industrial neighborhood, Wynwood has become a full-fledged arts district complete with innovative restaurants and shops. Moishe Mana envisions Mana Wynwood as a mini city built around culture, where old warehouses and factories are transformed into a bustling center for visual arts in an inclusive, groundbreaking way. Artists’ studios, exhibition spaces, galleries, an art school, and more will be featured in the new project. 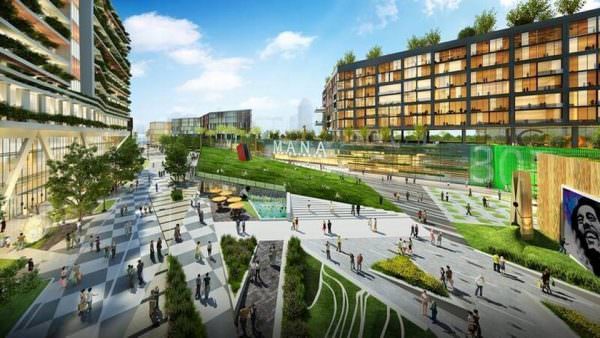