Miami is the new Manhattan 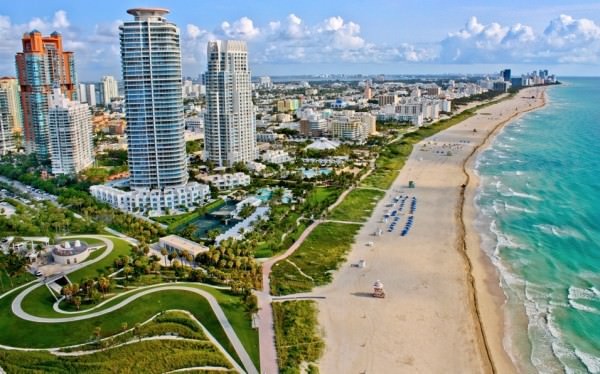 Miami is attracting the LeBron James of Wall Street, the Dwyane Wade of Greenwich equity, and the Chris Bosh of Boston — financial titans who are relocating to pay less in taxes and maintain a luxury lifestyle with a glittering social scene.
It’s already the 2nd most popular financial hub in the country after NYC, and The Miami Downtown Development Authority is doing everything it can to make itself attractive to bankers through an initiative called the DWNTWN campaign.

Lloyd Blankfein and Leon Black are rumored to have bought Miami condos recently, and the latest hotshot to move his business there is Mark Spitznagel, founder of hedge fund Universa Investments.

“Florida’s business-friendly policies … offer the perfect environment for us as we expand,” said Spitznagel. “I would expect to see more firms like Universa voting with their feet and relocating to a more hospitable business and tax environment, especially as many local governments are trying to tighten their grip on businesses.”

The nightlife and beaches don’t hurt either.

Miami is a financial gateway to the Americas.

While New York remains the undisputed center of the hedge-fund universe, there are approximately 70 hedge and private equity funds now headquartered in Florida. Everest Capital, which manages an estimated $2.3 billion, is headquartered in Miami along with private-equity companies like Trivest and HIG Capital.

And with the growing Latino market, setting up shop in Miami means capitalizing on a growing Latin American client base.

Lower taxes mean more cash in your pocket for what matters.

In Florida, there are no individual income taxes, no estate taxes and no capital gains taxes. So if you think about it, a hedge fund manager reporting $1 million in income can expect to pay only the federal government, whereas his counterparts living in New York City and Connecticut will fork over an extra $104,300 and $67,000 respectively.

Leading the nation in luxury car sales, Miami is an epicenter for extravagent and exotic cars. Almost 14% of all cars sold in Florida are from luxury brands compared to 11% in New York. Even more interesting, the 2013 median household income in Florida is less than New York, at $42,751 and $60,663 respectively.

Homes are spacious and private, and set at prices that won’t break a Wall Streeter’s bank.

Even more of a reason to make the jump to Florida, it’s cheaper to own a home in Miami-Dade County than it is to rent one. According to Miami Association of Realtors, the median sale price was $235,000 compared to New York’s $442,600.

By the way, New York’s cost of living is nearly 30% above the national average compared to Miami’s 10%.

Plus, the weather basically looks like this all the time. 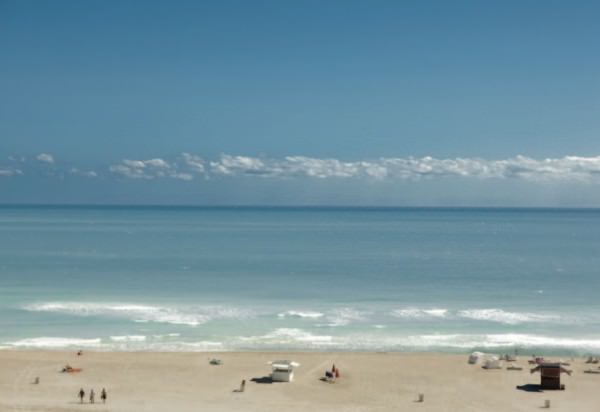 The average temperature year round in Miami is 76 degrees Fahrenheit and the well-to-do from all over the Northeast know this.

Speaking of yacht parties, Miami has the largest port in the world.

In 2013, approximately 4 million passengers passed through the terminals of Port of Miami. Miami’s waterways are a yachter’s paradise with proximity to the Bahamas, Cuba, Cancun, the Dominican Republic, and most everywhere in the Caribbean.

Miami Show 2015 will feature super yachts at a new Yacht Marina that will be built in Watson Island. Organizers of the Yacht & Brokerage Show have signed a contract to expand the 26-year-old show into an as-yet-unbuilt mega-yacht marina on Watson Island.

The show gave a trial run at expanding for larger yachts this year by contracting with the A dock at Miami Beach Marina. Called Superyacht Miami, that exhibit has about seven or eight yachts, including at least one larger than 170 feet.

Read more at: Miami Super Yacht Marina To Be Built In Watson Island

If you aren’t traveling by private yacht, there are three airports. 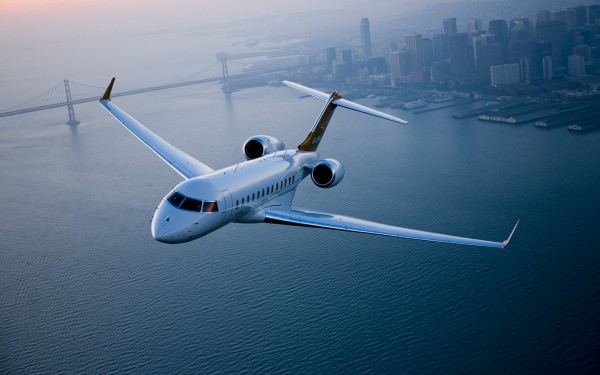 Miami International Airport is ranked 3rd in the U.S. for international passenger traffic with 33.5 million travelers.

Miami is already packed to the gills with Wall Streeters going in and out of it all winter long because hedge funds love to have conferences there while it’s cold in NYC. The Morgan Stanley-Lyford Key conference was moved from the Bahamas to South Beach, for one.

And we hear these conferences are stacked not just with interesting speakers, but also cool events for attendees.