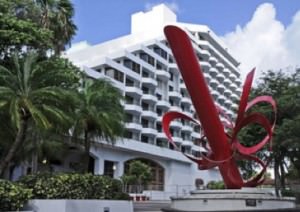 In its prime, the Grand Bay hotel in Coconut Grove was the place to be, whether you were a businessman meeting for breakfast, a celebrity seeking publicity or a bride celebrating her perfect day.

But the hotel’s heyday was a long time ago. And soon, it will just be a memory.

The only hotel south of Palm Beach to have ever earned the coveted Mobil five-star rating will be demolished to make way for a residential tower designed by an up-and-coming Danish architect, the developer confirmed Thursday.

“Our plans are to do something that’s very one-of-a-kind,” said David Martin, chief operating officer of Terra Group, which bought the property last summer for $24 million. “We wanted to really build something that people felt they could be proud of.”

For the first time since the purchase, Martin provided details on the company’s plans for the site. After a gradual decline, the Grand Bay has been shuttered for nearly four years, collecting mold, graffiti and pigeon droppings. 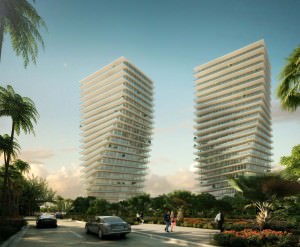 The project is called Grove at Grand Bay, here’s what is known:

The building will be 20 stories high with about 96 units, all residential.

Lead design is by Bjarke Ingels Group, or BIG, which has made waves for high-profile projects near Copenhagen and in China, New York City and Utah. Ingels, a 30-something “starchitect” in-the-making, was named Innovator of the Year in Architecture by the Wall Street Journal’s magazine.

Raymond Jungles, the landscape architect who designed the grounds at 1111 Lincoln Road and the New World Symphony’s rooftop garden, will handle the outdoor space. And rounding out what Martin called a “design dream team” is Coral Gables architecture firm Nichols Brosch Wurst Wolfe and Associates, which has worked on Miami-area residential projects and hotels for years — including the original Grand Bay.

Developed by the late Sherwood “Woody” Weiser and Donald Lefton of The Continental Companies for $30 million, the hotel opened in 1983 in an area transitioning from artsy-hippie enclave and cocaine-cowboy hangout to major tourist destination. The 200-roomGrand Bay, at 2669 S. Bayshore Dr., was immediately hailed for its pyramid-shaped structure, its pristine service and its draw for jetsetters, especially Regine’s nightclub, which sat atop the hotel. The eponymous nightclub queen operated party spots around the world but chose the Grand Bay as only her second U.S. location.”I called it Fantasyland,” said Terry Zarikian, who worked there for 10 years in jobs including public relations director for Regine’s.”It was filled with celebrities. It was very, very classy, very chic.” 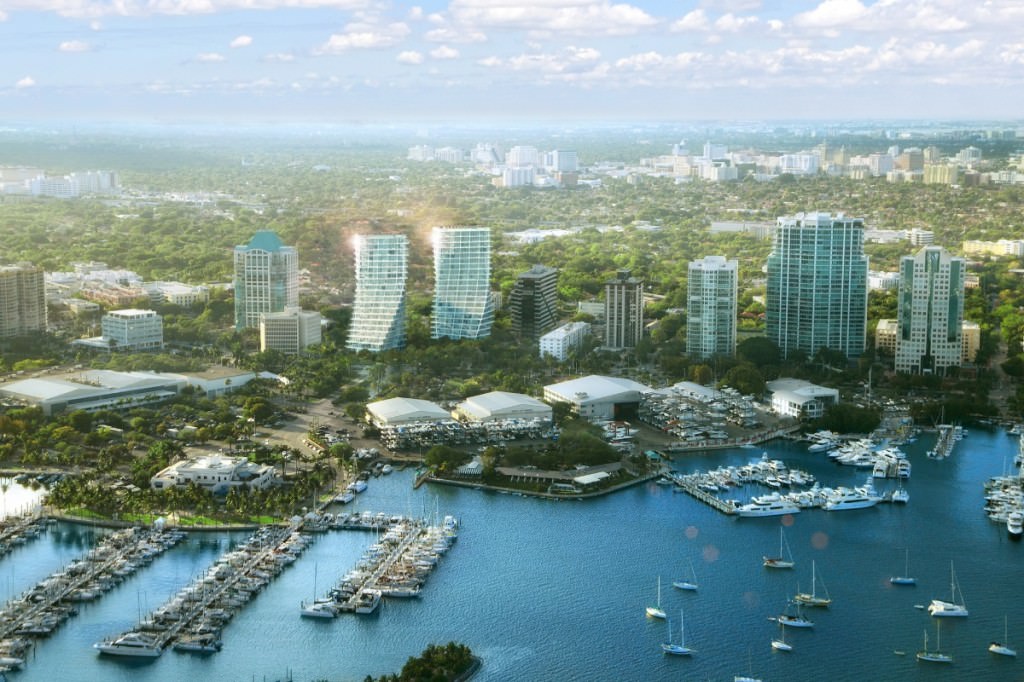 “I’d go there for breakfast a couple or three times a week to meet people,” said Monty Trainer, a longtime Coconut Grove businessman. “The public areas, the banquet rooms and the downstairs and upstairs, the pool area, everything was absolutely gorgeous, well appointed, well furnished. You felt like you were in New York.”

Michael Jackson stayed there. So did Luciano Pavarotti, Prince and Sophia Loren — and just about everybody who was anybody.

“I remember when Elizabeth Taylor asked for a toothbrush,” Zarikian said. “We sent her stone crabs the night she arrived. Crab meat got stuck in her diamond ring and she needed to brush it out.”

In 1987, the Grand Bay earned five stars from Mobil, a feat that has still not been repeated by any other local hotel.

David Kurland was general manager at the time. He said Weiser and Lefton created a haven for VIPs — something that was then, unlike today, hard to come by.

“There was no Miami Beach, per se,” said Kurland, who now manages the La Gorce Country Club. “There were very few places where one could go and be in that type of environment that was A., so elegant, but B., so hip at the time.”

Over time, however, the sheen started to dull. After becoming the Wyndham Grand Bay, the hotel lost a star in 1999, then fell to three in 2001. Other upscale properties opened nearby and on Miami Beach.

The Merco Group bought the property for $25 million in 2005, planning a major renovation. They closed the doors to make $20 million in upgrades in 2008. The recession hit, money dried up and a foreclosure fight followed. The bank took back the property last March.

Terra Group’s Martin has watched the hotel’s rise and fall; he and his father both spent time at the Grand Bay. His sister spent part of her honeymoon there, and a friend got married in the hotel.

But, he said, given the surrounding neighborhood, a “boutique residential project” rather than a 200-room hotel with restaurants and event space would be a better fit.

“I think that what we’re going to be developing here is really going to be special and much less impact to the community and neighborhood,” he said.

The building’s design and a time frame for demolition and construction are still not final. Martin said concept testing is under way and work will likely begin within the next year.

Ingels, he said, is known for designing to the community he is working in.

“What someone wants to do in Shanghai or New York is different than what you’re going to do in Coconut Grove,” Martin said. “It’s really going to be clean and pure and something I think will really work.”

Public art fans will delight in the news that the ribbon-y red Alexander Liberman sculpture out front will stay put.

And while those nostalgic for the Grand Bay’s glory days say they will miss the building, others are looking forward to the next stage for the property.

“I think that it coming down and a beautiful new building going up in its place is great news for the Grove,” said David Collins, executive director of the Coconut Grove Business Improvement District. “It hasn’t helped us sitting quietly and empty.”