Low interest rates and an improving jobs picture have given real estate investment trusts a boost that makes them an attractive alternative to stocks and bonds. 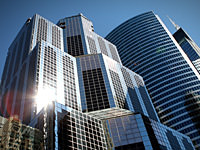 REITs invest across a broad array of sectors, from office buildings to shopping malls and hotels. There also are health care, timber and infrastructure REITs. They are required to distribute 90 percent of their taxable income to investors through dividends.

“That really is a perfect storm that’s very good for REITs,” says Rick Romano, co-manager of the Prudential Global Real Estate Fund in Newark, N.J. “It will mean the economy isn’t growing fast enough to add new supply and for rates to increase, but we have enough jobs growth so vacancies are starting to push rents.”

Ironically, it is the tepid but steady pace of job growth — less than 150,000 per month — that creates a Goldilocks environment where the jobs picture is not too hot so as to drive home-buying but just hot enough to propel rents higher.

The MSCI REIT Index has gained about 6.5 percent in 2012 after rising 8.7 percent the previous year.

Industrial REITs have done best, gaining 15.5 percent, while hotels are up 11.4 percent and shopping centers about 11 percent, according to the National Association of Real Estate Investment Trusts.

But the $200 billion U.S. REIT market doesn’t face quite the same challenges as stocks and bonds, and offers an attractive dividend at about 3.6 percent industrywide.

The real estate sector, struggling thought it may be, boasts strong support from government policy makers — the Federal Reserve has pledged to keep rates low — and faces less danger from headwinds such as the sovereign debt crisis in Europe.

S&P on Wednesday reiterated its “stable” outlook on REITs and said they should do better than home builders this year. Making that view even more positive is that sentiment as registered by the National Association of Home Builders has hit its highest level since May 2007, according to data released Wednesday.

“The commercial real estate sector is in the midst of a gradual recovery that, in many markets, rests more on limited new supply than on tenant demand, which remains subdued,” said Standard & Poor’s credit analyst Lisa Sarajian.

“However, our current stable outlook for REITs anticipates that they will keep outperforming the broader commercial real estate market and their private competitors — and their manageable funding needs and access to diverse sources of capital position them well for growth,” she added in an analysis.

American Tower briefly hit an all-time high Wednesday and has gained more than 14 percent over the past year, even though the REIT trades at more than seven times book value.

Indeed, the timing seems to be right as a number of economists believe real estate at least has reached a plateau if not a decided turn higher.

“We think that growing investment demand will prompt homebuilders to increase significantly construction of multi-family units in 2012,” Paul Diggle, property economist at Capital Economics in London, said in a research note. “But in a turnaround from last year’s performance, we also expect single-family starts to increase this year.”

Residential REITs have underperformed so far, making them one area investors may want to look for future gains should housing pick up. Apartment REITs have returned just 1.72 percent, though manufactured homes are up nearly 4 percent, according to NAREIT.

“All the well-known real estate tycoons were waiting for potential armageddon in commercial real estate, but it didn’t happen,” Colyer says. “You’re buying real estate at the right time in the cycle, when there’s a tailwind behind it and it should do well for many years to come.”