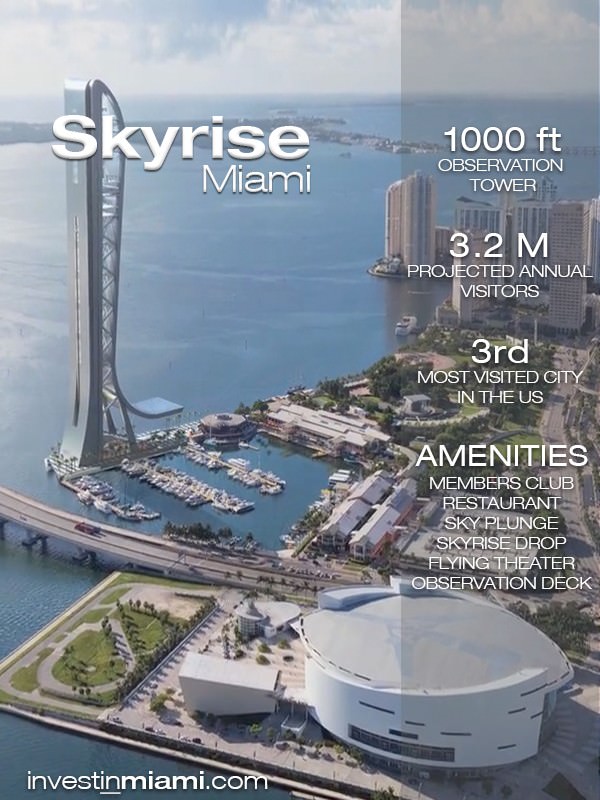 Skyrise Miami will be a monumental 1000 ft hight, observation and entertainment tower.

Seattle has the Space Needle. In St. Louis, they have the Gateway Arch. And it looks like SkyRise Miami is next.

Voters in Miami Tuesday voted in favor of allowing a developer to build a 1,000-foot observation tower in the middle of downtown. The hairpin-shaped tower would include an amusement-park style ride that quickly drops people down its side, a 550-foot bungee jump, a ballroom, moving movie theater and, because it’s Miami, a nightclub. 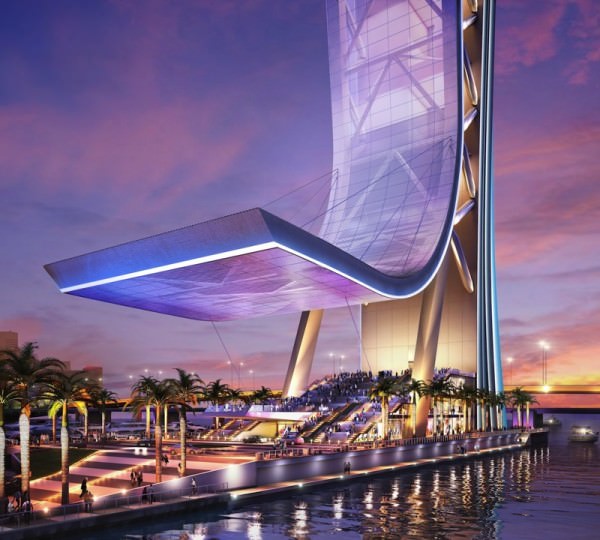 The tower would sit at the end of Bayside Marketplace, an outdoor shopping mall facing Biscayne Bay, which would give visitors sweeping views of the Miami metropolitan region, from South Beach to the Florida Everglades.

Developer Jeff Berkowitz says it will cost $430 million in private funds to build the structure on the city-owned land leased by Bayside. He plans to recruit more than half the money from foreign investors through an immigration program, known as an EB-5 visa, that grants green cards to foreigners who invest $500,000 to $1 million in the U.S.

The height would rank it behind only the Stratosphere Tower in Las Vegas as the tallest observation tower in the country.

“Miami is a world-class city. And I think an iconic structure downtown will firmly cement Miami on the global stage,” Berkowitz said Tuesday. “It’s going to be Miami’s Eiffel Tower.” 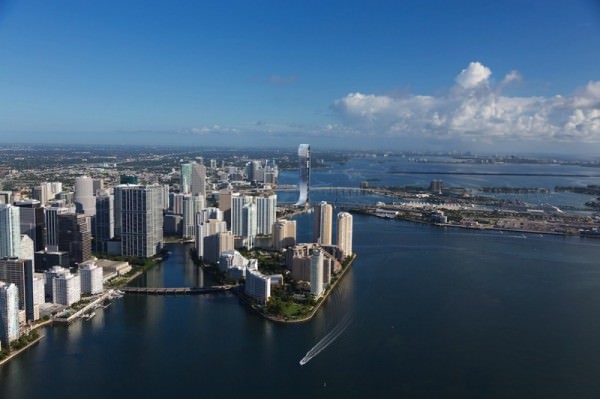 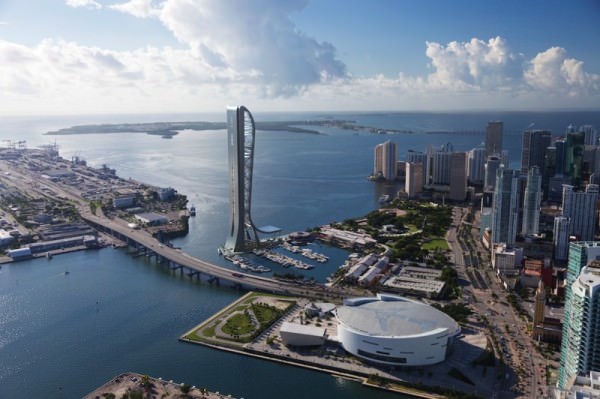 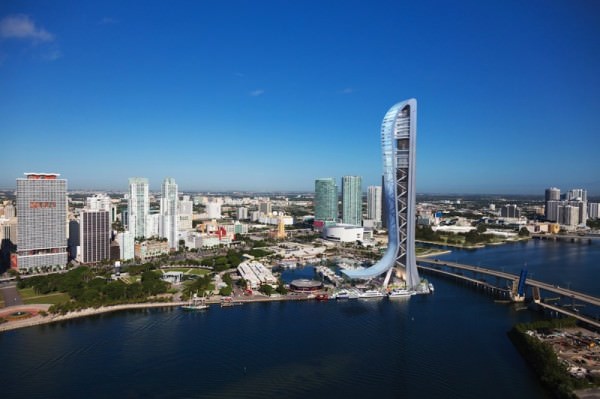 The Skyrise plan was approved unanimously by the city commission in June, and Berkowitz estimates the cost will be more than made up by the 3.2 million visitors who would visit the tower each year. Given its location, Berkowitz hopes to capture many of the tourists who flock to South Beach, cruise ships at PortMiami and new cultural buildings that have opened nearby.

Others in South Florida are more skeptical. Coconut Grove architect Charles Corda has written that the population estimates are exaggerated and sued the city to stop Tuesday’s vote. A judge dismissed the lawsuit, but Corda worries that Miami taxpayers will be left footing the tab for an oversized tower jutting out of Biscayne Bay.

“I don’t object to the construction of an observation tower within the City of Miami,” Corda wrote in the Biscayne Times. “However, I do object to the proposed SkyRise tower and possible future casino being constructed on publicly owned land. I believe we have the right to pose reasonable and fair questions about this proposal.”

Berkowitz counters that he’s so confident in the visitor projections and success of the tower that he’s investing $30 million of his own money to the project.

“I don’t have a single doubt that this is going to be a resounding success,” he said. “I’ve visited towers all over the world and this will be the best.”

“This project is much needed to help Miami to step up in the list to be a first class citiy, every great city has a landmark and ours co-relates to a movie “the birdcage”. We are much more than that. Miami’s future is great and this is the time to believe and invest.” Chris Soares. 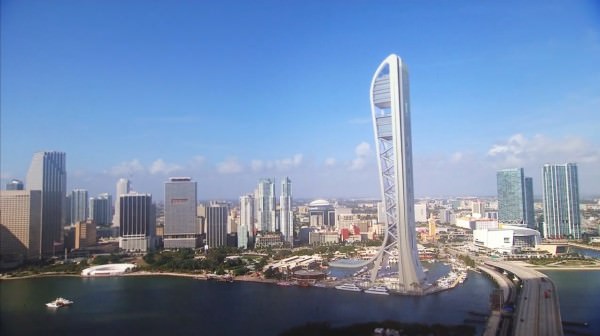 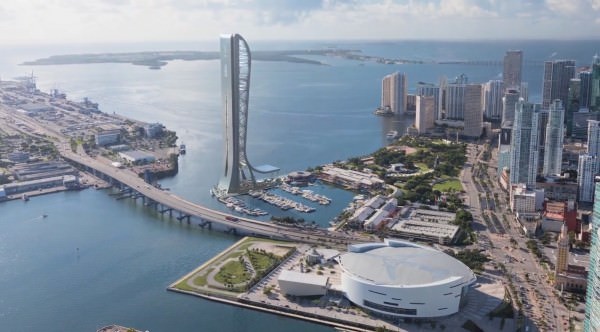