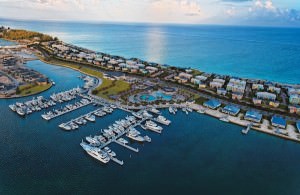 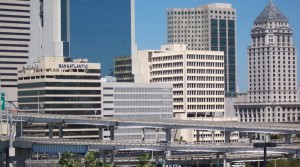 The cash-strapped Miami-Dade School District has several options to consider from developers interested in buying its prime downtown real estate, but interest has cooled from its biggest suitor — the Genting Group.

In December, the Malaysian investors told the School Board they were interested in buying the district’s downtown property, which spans more than 10 acres of parking lots and office buildings on eight separate parcels.

But on Monday, the group said it is pursuing scaled-back plans for a luxury development — for now without a casino — on The Miami Herald’s bayfront property, which Genting purchased last year from the newspaper’s parent company.

“Though we initially indicated interest in the School Board properties, we have since decided to move forward developing Resorts World Miami on the nearby Miami Herald site, independent of the school bpard land,” said Jessica Hoppe, vice president and general counsel for Resorts World Miami.

Starting with its purchase of The Miami Herald property, the Genting Group has invested about $500 million in real estate in the Omni area. The group is moving ahead with a luxury complex on the bay after its bid to build the world’s largest casino faded in February in the Florida Legislature.

“We understand Genting’s decision, and the matter remains under the cone of silence,” John Schuster, spokesman for the school district, said in an email.

Last fall, the district issued a request for letters of interest in the property, the first step in selling or developing it, and got some proposals.

Superintendent Alberto Carvalho has not recommended any option to board members, but released the letters in a Feb. 9 memo to the board for “informational purposes.”

“We have a structured process if we were to proceed,” said Jaime Torrens, the district’s chief facilities officer. “There’s no pricing at this point. It’s very conceptual.”

–One from 1550 The Chelsea to buy the district’s lot at 1535 NE Second Ave. The developers are working on a mixed-use tower near the Omni hotel. It owns the Brickell Flatiron, which includes the bar Baru, and has plans for a park and to build Park Lane Towers in a vacant area.

–An offer to buy one of the district’s parcels, 1610 NE First Ct., for $908,440 in cash from Prince Albert, a company of the Kluger family, who own other properties in the area.

–A pitch to market and sell the district’s eight parcels separately by Ryan Shaw with Marcus & Millichap, a national real estate brokerage. In his letter, Shaw estimated the value of each of the district’s properties for a total of more than $40.7 million.

“It would be in the School Board’s best interest to bring these properties to market separately,” Shaw said. “They’re sitting on equity that could be better served in the school district by building more facilities more centrally located and getting out of downtown.”

–A conceptual plan from Town Square Neighborhood Development, a nonprofit focused on developing the area around the Adrienne Arsht Center. The group has no funds, but has a wish list to make over the performing arts area.

Any timeline to sell the district’s property would likely take at least a year, given the deal’s complexity and need to find a place for the district to relocate its headquarters, Torrens said. Atsthe nerve center of the fourth largest school district in the country, the district oversees more than 300 schools, 30,000-plus employees and nearly 350,000 students.

Torrens said the district could weigh other alternatives, too. “It isn’t just sell. There are different types of leases or developments,” he said.