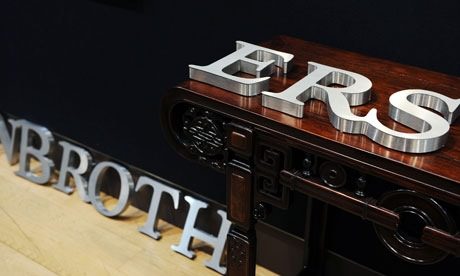 The summer of 2007 was a run-of-the-mill affair. Tony Blair had stepped down as prime minister in late June and his successor Gordon Brown was enjoying a honeymoon period. It was a year without a football World Cup or an Olympics, while Roger Federer won the men’s singles at Wimbledon, and the cricket involved series against the West Indies and India.

Then, on 9 August, came reports that central banks had been active in the markets. The Guardian said the action involved pumping billions of pounds into the financial system to calm nerves amid fears of a credit crunch. The trigger for the panic was the decision by BNP Paribas to block withdrawals from three hedge funds because of what it called a complete evaporation of liquidity. A spokesman for the bank described the move as a technical issue and said he hoped it would be temporary.

Technical? Temporary? Within six weeks, it was clear the meltdown of August 2007 was no short-term blip when investors queued outside branches of Northern Rock for three days in the first run on a leading UK bank since the mid-19th century. Five years on, the global economy has yet to recover from the deep trauma caused by the hubris of the bankers.

Back then, though, there were few who imagined that 9 August 2007 would prove to be such a milestone in financial history. The Guardian carried the story on page 29 because there seemed to be no reason to believe this was any different from previous bouts of jitters in the markets. It took a few days to work out what the bankers had been up to, because the “masters of the universe” had their own esoteric language the rest of us were not supposed to understand. Talk of mortgage-backed securities, credit default swaps and over-the-counter derivatives was the equivalent of 12th century monks writing bibles in medieval Latin for peasants who only spoke English.

Stripped of the jargon, it is now quite easy to see what happened. Banks were taking large gambles with precious little capital in reserve if the bets went wrong. Individuals were borrowing at levels only sustainable if the value of their share portfolios and homes continued to rise year after year. Governments assumed that booming tax receipts were permanent and increased public spending.

In August 2007, the air started to escape from this gigantic bubble. It happened in three stages. The financial sector was the first to feel the impact, because while it was evident that almost every bank had been up to its eyeballs in investments linked to the American housing market, nobody knew for sure just how much money each institution stood to lose. The financial system grinds to a halt if banks refuse to lend to each other, as they did in August 2007.

It took more than a year for the second stage of the crisis to unfold. During that period there were a number of developments: the crisis in finance deepened, house and share prices fell, and inflationary pressures increased as a result of sharp jump in the cost of fuel. When Lehman Brothers went bankrupt in September 2008, the global economy was ready to blow and the next six months saw the biggest slump in output since the Great Depression.

Central banks tried to help out by making credit cheap and plentiful. They cut interest rates and used unconventional methods – such as buying bonds in exchange for cash – to boost the money supply. The hope was this would stimulate a private sector recovery and so provide a breathing space in which governments could repair their finances.

The attempt to solve a crisis caused by credit with even more credit has, predictably enough, proved a failure. It has been a bit like the motorist desperately pumping air into a tyre with a slow puncture: it works for a while, but eventually the tyre goes flat again.

Some countries have fared better than others. Australia, for example, was one of the few developed nations to escape recession, because it had well regulated banks and is a big supplier of raw materials to China.

Britain, by contrast, was more exposed than most. Lax regulation cultivated an “anything goes” culture in the City; equity withdrawal from rising house prices underpinned consumer spending; inflationary pressures were stronger than elsewhere. The level of activity in the economy is close to 15% below where it would have been had growth continued at just over 2% a year since output peaked in early 2008.

For the global economy as a whole, things may get worse before they get better. The summer of 2012 has seen signs of a generalised slowdown, with knock-on effects from Europe’s sovereign debt problems felt in North America and Asia. The eurozone is heading for a nasty, double-dip recession, the US is growing far less slowly than has been the norm after previous downturns, while China’s economy is feeling the impact of previous policy tightening deemed necessary to curb the inflationary effects of the stimulus injected in 2008-09.

There is no real comparison between the events of the past five years and the half-decade that followed the Wall Street Crash in October 1929. In the 1930s, a quarter of the American workforce was out of work and industrial production fell by 50%. A better historical parallel may be the Great Depression of the 19th century, a broad-based slowdown in growth coupled with deflationary pressure that lasted from 1873 to 1896.

The reason the crisis has been so long lasting comes down to three myths. The Anglo-Saxon myth is that big finance is essentially a force for good, rather than dangerous, rent-seeking and – in too many cases – corrupt. The German myth is that you can solve a problem of demand deficiency through universal belt tightening and export growth. The right policy mix involves putting tough curbs on the banks, international co-operation so that creditor countries increase domestic demand to help out debtor countries, and a more measured pace of deficit reduction governed by the pace of growth rather than arbitrary targets.

The chances of this happening appear slim. Why? Because there is a third myth – namely that there was not much wrong with the global economy in 2007. But the old model was financially flawed in that it operated with excessively high levels of debt, socially flawed in that the spoils of growth were increasingly captured by a small elite, and environmentally flawed in its assumption that all that mattered was ever-higher levels of growth. It is possible to move on, but only when it is recognised that the genie will not go back into the bottle.

A lot from Lehman Brothers: sale of artwork and ephemera from the failed investment bank at Christie’s of London in September 2010, on the second anniversary of the bankruptcy. Photograph: Linda Nylind for the Guardian

Three myths that sustain the economic crisis
By: Larry Elliott