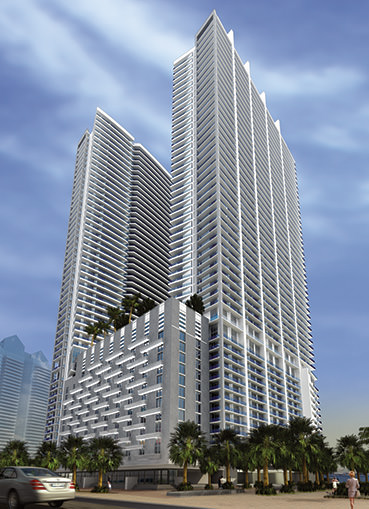 The developers behind Brickell’s Villa Magna are looking to increase the height of the massive project. Tibor Hollo and former LA Dodgers owner Frank McCourt are partnering on the development, together with New York’s Corigin Real Estate Group.Yesterday, the developers submitted plans to the FAA to build a project that is 995 feet above ground, or 1000 feet above sea level. It is scheduled to break ground on December 1, according to the application (although that date is likely to change).

Hollo received approval from the FAA in 2005 to build a twin-tower project on the site that reached 784 feet above ground, but the approval expired in 2008 after the agency denied an extension request. In the 2005 approval, officials wrote that Villa Magna would have no greater impact on air traffic at MIA than the Southeast Financial Center (at 797 feet above sea level) or the Four Seasons Tower (at 849 feet above sea level.)

Hollo obtained a MUSP from the city in 2004 to build a 787-unit project on the site at 1201 Brickell Bay Drive, along with 32,950 square feet of retail space and 1,520 parking spaces. City officials say they haven’t received a request to modify the MUSP yet.The Villa Magna lot is currently being used as a parking lot for 1101 Brickell office tower while Hollo builds Panorama Tower.